What has been done to hinder ozone depletion?

Numerous conventions and treaties have been setup in order to stop the depletion of the ozone layer, and more importantly to "heal" it. The most successful of these Montreal Protocol on Substances that Deplete the Ozone Layer, which established tough guidelines for reducing usage of ozone-depleting substances while allowing leeway for the economic growth of developing countries and changes based on scientific advances.


The steps taken to hinder the depletion of the ozone were:

Has this had any affect?

Because of the global effort ozone depletion has actually been successfully controlled, perhaps providing a model for other efforts towards global environmental protection. The UN last year gave a statement saying that the ozone layer was 'showing signs of recovery' and has stopped growing. 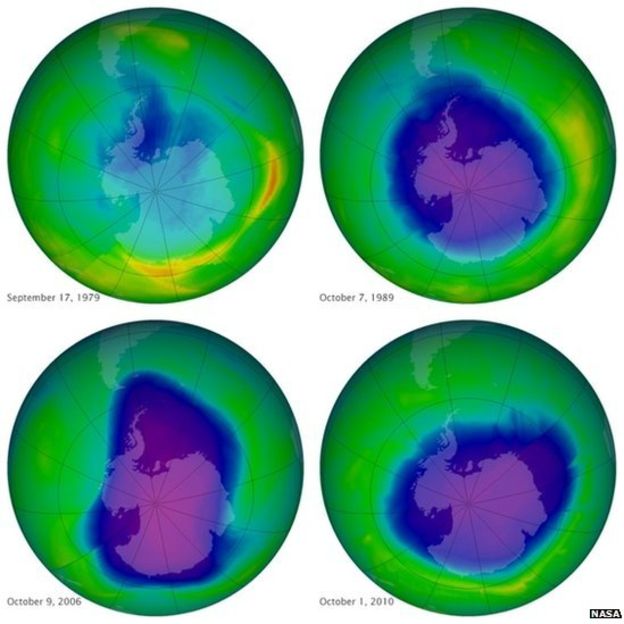 This image shows that the ozone has stopped growing bigger between the years of 2006 and 2010, possibly hinting at a chance for the recovery of the ozone layer.
Powered by